Antifreeze, also known as ethylene glycol, is an alcohol-like substance and a common toxin for animals. It has a sweet taste which makes it very appealing to animals. Antifreeze is absorbed rapidly and is highly fatal. As little as 4 teaspoons ingested for every ten pounds of body weight in dogs and less than 1 teaspoon for every five pounds in cats can be a lethal dose, Quick recognition of a potential exposure or clinical signs of poisoning are necessary to stop the rapid progression of the poison.

Clinical signs of a poisoning can appear as soon as a half an hour after ingestion or antifreeze. Initially, your pet will show signs of being severely drunk. This includes vomiting, acting uncoordinated, staggered walking, increased thirst and increased urination. Severe depression will then start to develop until they finally slip into a coma and pass away. Antifreeze is extremely toxic to the kidneys especially so early detection is important.

A veterinarian can detect antifreeze poisoning by a combination of bloodwork abnormalities and urine crystals associated with the poisoning. Treatment varies depending in the level of damage the toxin has caused. Intravenous fluids may be administered to flush the toxin out of the system if the kidneys are healthy enough to still produce urine. An antidote will also be administered to prevent further damage from the antifreeze.

The most common times for antifreeze poisoning is the fall and winter when antifreeze is being used. A poisoning generally occurs due to leakage from the engine, spillage when filling up the car or leakage from the container. Due to the low lethal dose and the severity of the toxicity, prevention should be the main goal for owners. Some products, like Sierra, contain a safer alternative to ethylene glycol called propylene glycol. Propylene glycol is three times less toxic than ethylene glycol. Buying these products is especially important if your pet has a habit of eating things they are not supposed to. Extra care should also be taken when adding antifreeze to your car and any spills or leaks should be cleaned up immediately. Antifreeze containers should always be kept in a safe place out of reach of your pet.

Visit our online pharmacy for the home delivery of your pet's prescriptions, food order, parasite prevention and more! 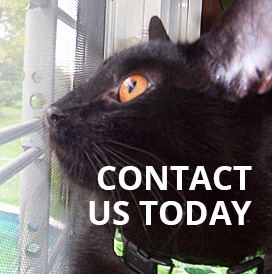